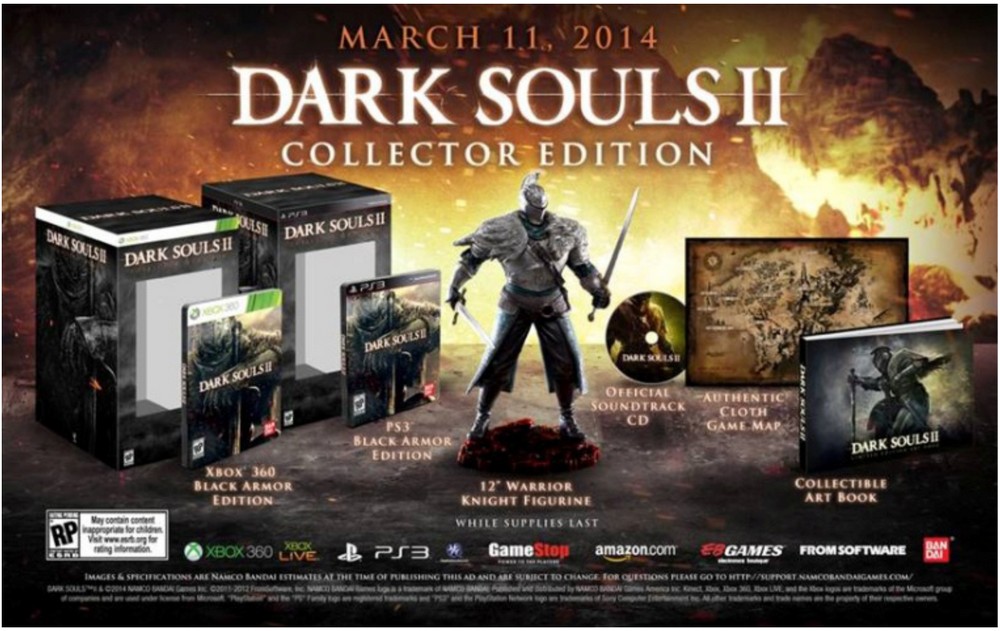 BNEA (Bandai Namco Entertainment America) is a distributor of video games across major gaming platforms. They were interested in driving sales across retail channels for an upcoming tentpole release, Dark Souls 2.  The original Dark Souls was a big hit and expectations were high for the sequel. BNEA solicited several vendors for recommendations on a creation of a high end collector’s edition for the hard core fan.

We provided a total solution that fits well within the retail space and expanded the project internationally with the addition of Europe and Asia territories to maintain branding and volume cost savings.

We partnered with the proper factories to achieve the highest quality replication for the figurine character and insuring all of the components are assembled together in the most efficient packaging.  We managed production in both Asia and the US for various parts and streamlined the delivery to each territories distribution center. 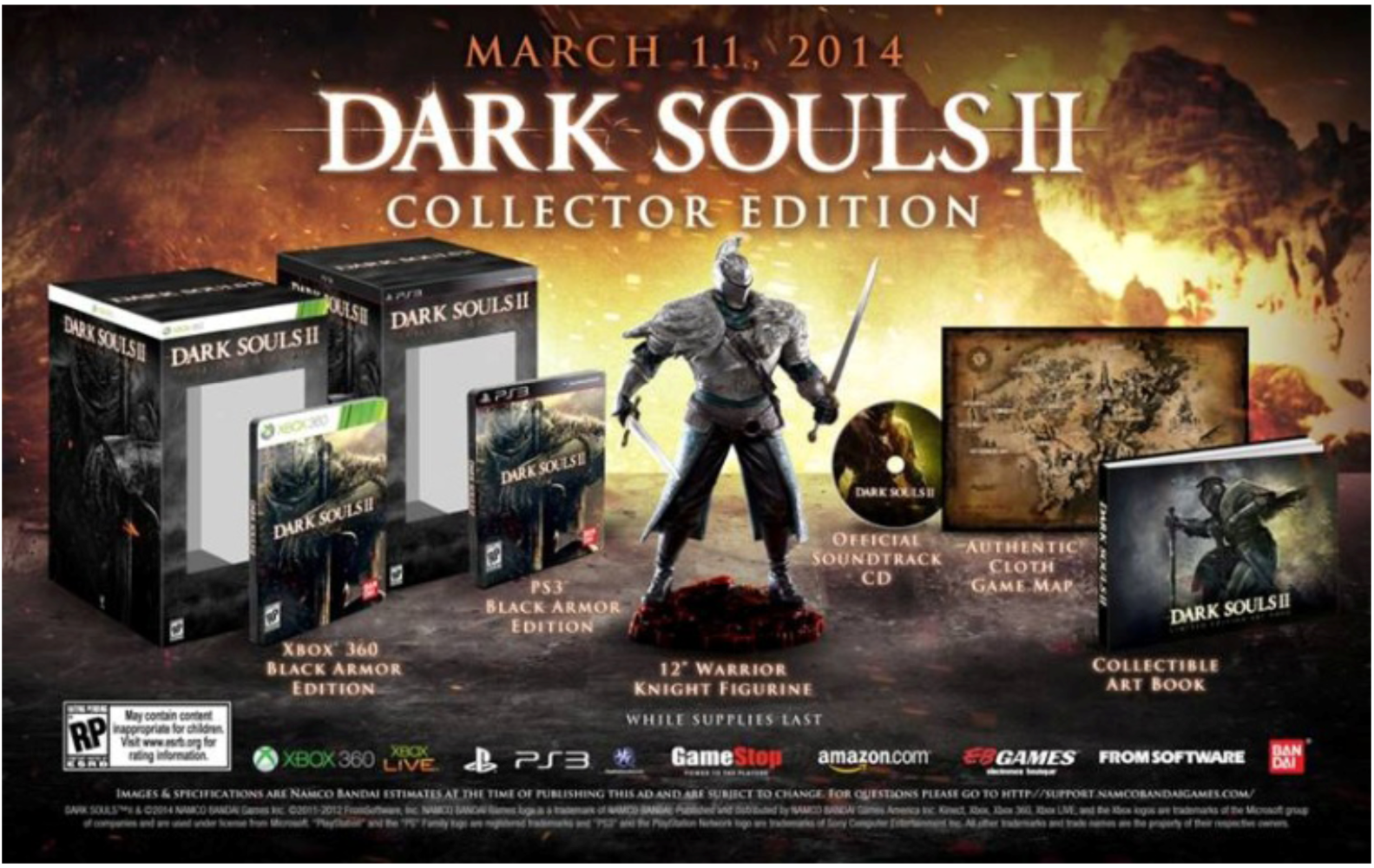